~ Journal Thoughts How populism and UBI can ruin a nation.

How populism and UBI can ruin a nation.

Exploring the side effects and long term consequences of populism and UBI.

In the last few years we have witnessed a strong pull toward populistic policies and governments, most probably helped by the wealth gap, but is that really a solution? Populism can actually destroy a nation from inside its core. Let's examine how.

We need first of all to understand what drives a country's prosperity (over the long run). My view is that except for natural resources (ex. Crude Oil, Natural Gas, Precious metals) or external factors that you can't control (ex. geographical/strategic position), it is the reward model.

The most of a politician's work should be to promote a fair, advantageous, open and indiscriminate reward model. Excellence must be promoted. Mediocrity should be left behind. Populism tries to flatten the reward curve punishing excellence in order to leave more resources left for mediocrity.

Usually this comes in the way of higher taxation for the high earners. That money is then used to give some nuts (ex. small direct cash payment) to the vast majority of the population trying to make them happy and securing the political chair.

For politicians it's an easy choice, why bothering on long term plans for a country when the vast majority of the population doesn't care at all and just begs you for easy money? Easy money doesn't exist but let's just give them the illusion of it, while securing the position and the benefits associated. I will address the problems of the current political structure in a next article.

The most extreme shape of that is Universal Basic Income (UBI). While I think guarantying basic resources to the population is a great achievement for a country, it is a risky operation that needs to be put under surgical constraints. First of all that must not come in the form of cash, in fact with cash someone could buy alcohol, drugs or fancy clothes, still begging for food later. It must be a government allowance to get the minimum resources that can guarantee someone's life (not a good life of course, but still preventing anyone from dying of hunger).

It should be limited to the most basic and inexpensive groceries and medications, nothing less, nothing more. Otherwise why should someone go to work 8/10 hours a day? Of course there are people who just love what they do and would go to work anyway, but let's be honest, that's not the vast majority of the workforce for sure. That would act as a disincentive to work, why should I put effort in learning valuable skills and finding a job when government will bail my life out anyway?

Working more/harder/smarter than others must be rewarded, that effort requires a premium. With UBI you are putting a guaranteed low bar, that must be high enough to guarantee for your basic needs, but low enough to still keep having a job a good decision for having a meaningful lifestyle upgrade compared to just relying on UBI.

When you don't reward excellence and instead increase taxation, bureaucracy, and go against the open market of goods and services, actually interfering with price setting and discovery, you are sabotaging you country. Not everyone likes to survive a meaningless and mediocre life out of UBI. Many excellent people have aspirations. And they don't like to see that they earn much less out of their work in order to support all the people that prefer to survive on UBI, thus receiving an almost insignificant premium on their work. Wealthy people will get fed up soon to see their wealth and capital increasingly taxed to support a lazy population as well.

Guess the result? They will leave. The smartest, most innovative and most productive part of the workforce will leave. The wealthy will leave. Thousands of billions of dollars worth of assets will fly the country almost overnight. Who/what will you tax now? You have created a country where the best leaves while your UBI and populist programs attract all the worst people from the foreign countries as well.

The projection is a constantly increasing part of the country that expects to receive wealth while nobody is actually producing anything. You can keep printing money, maybe it will keep you afloat for some weeks, or even months due to markets and FX inefficiencies, but eventually hyperinflation will catch up. You will have a worthless currency, will be incapable of buying/importing goods from the outside, have a nation incapable of producing anything valuable, with ramping criminality and dissatisfaction. It will eventually implode, it's math.

Latest from Thoughts browse all 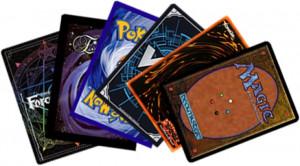